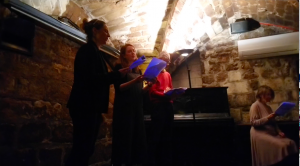 Performed at the Playhouse Theatre, Harlow 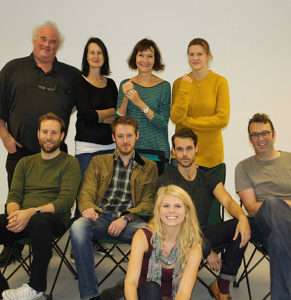 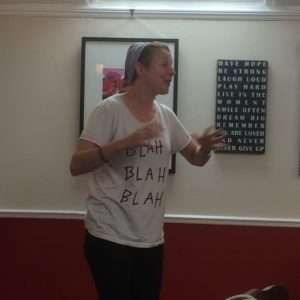 Stella has a house full of self help books and is convinced the next one will change her life. You could say she was addicted. But Adam has other ideas about what she needs to read. 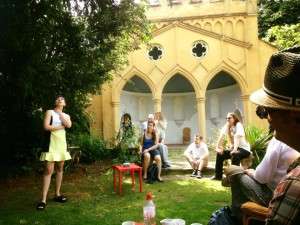 In an unusual walking monologue, a girl in an art gallery is worried about the rules of eating in there. She takes the audience to a restaurant and then a picnic area as her story unfolds and we learn the part food has played in the key moments of her life. 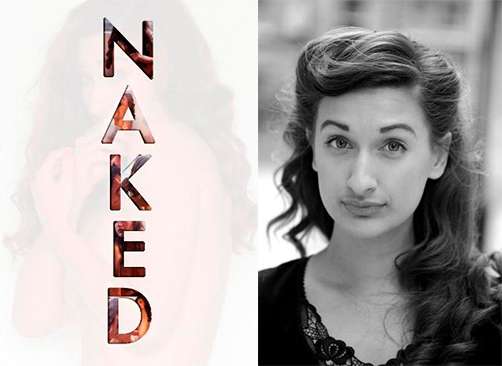 Ten years after Matt posts a naked picture of Jodi online, they meet up. Jodi is angry and she’s out for revenge, but can Matt really be held responsible for the mistakes he made as an impulsive teenager. How can we ever move on from the past when the past remains forever online? 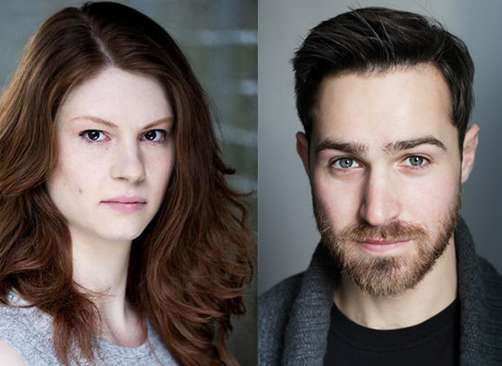 A budget hotel receptionist or a purveyor of second chances? Having been stuck in life’s slow lane for too long, travelling salesman Jake just wants to lay his head down for the night, but at this unusual hotel the journey is only just beginning. 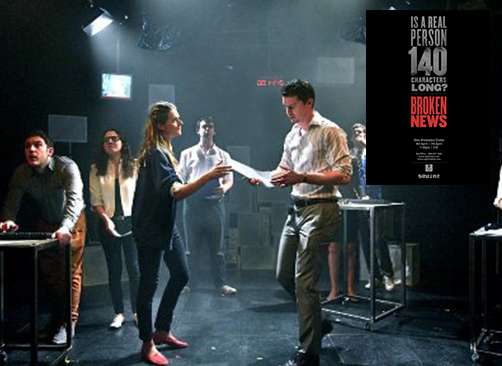 Review
With a running time of less than an hour, Squint’s Broken News at the New Wimbledon Studio Theatre packs in an energetic production with a compact story fit for the micro-narrative society that we are becoming. Here I am referring to our obsessive nature of consuming media in bite-sized chunks, cramming in updates on politics, world news and friends around our already hectic lifestyles… Broken News weaves three interconnecting stories of people pushed to their limits, trying to balance their work and personal lives. These are contrasted against the slightly philosophical narrative of Percy Spencer, inventor of the microwave oven – the device intended to give us the freedom of time.
Considering Squint has only been working on the script of Broken News along with the staging for a matter of months, it is surprisingly slick in both narrative and direction. Adam Foster, Claire Shaw and Andrew Whyment condense their writing into a gripping ………..

To read the rest of the review Click Here.

Start With the Kitchen Floor 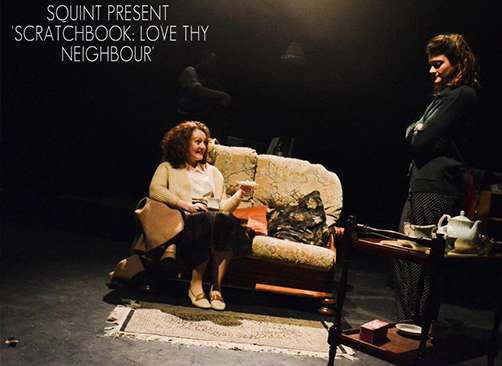 A play set in the time of the 1980s miners’ strike. Policeman’s wife, Donna, and miner’s wife, Sandra, haven’t spoken for months because of the bad feeling between the police and the striking miners. So why does Sandra suddenly turn up at Donna’s house as if nothing has happened? Could it be that Sandra wants to see the Torville and Dean Olympic final so much she is prepared to put their differences behind them? But is Donna able to forgive? 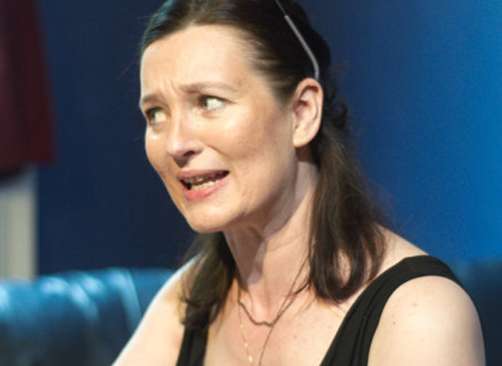 Geraldine likes to think of herself as the Margaret Thatcher of the Literary World so it is only natural that she should be in charge of the book group. But how will she cope with the other members who want to read Virginia Woolf while she herself favours Jackie Collins? And will she be able to hold on to her leadership or will she be challenged by the likes of Roger and Sonia?

And So To The Main Course

The Horsebridge, Whitstable, 7th December 2011
Directed by Sam Hall
Sue: Anna Farnworth
Sue has a confession to make. But first she needs you to understand how difficult her husband has been and what he really means by ‘And so to the main course.’ 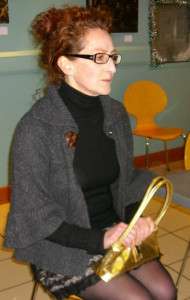 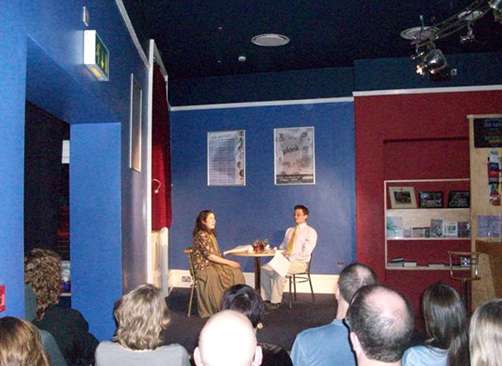 Richard and Rose have a blind date. But who is Abigail who sits at the bar and is signalling to Richard and texting him? And can Richard come to terms with the fussy eating habits of Rose? This comedy drama looks at how we learn to love each other’s most annoying foibles.

Samaritan with Soup – A Radio Play 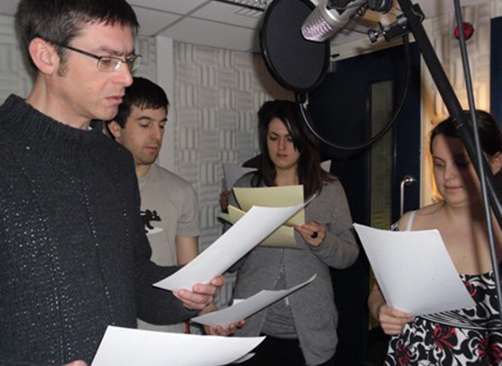 A guilty samaritan takes a beggar home for soup but is his altruistic act all it seems?

Set in the near future, The Big Target follows the life of Abigail, a government co-owned child who must meet all the targets set for her, including the elusive big target. This play questions target setting in health and education and wonders whether anyone can every be really happy. Big questions, a big play and some very big ideas. 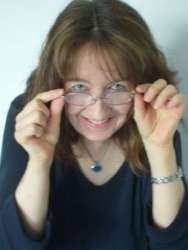 The Rosemary Branch January 10 and July and The Pleasance July 10 2010 .
January: Directed by Cathel Cleary
A – David Swaine
B – Stuart Sessions 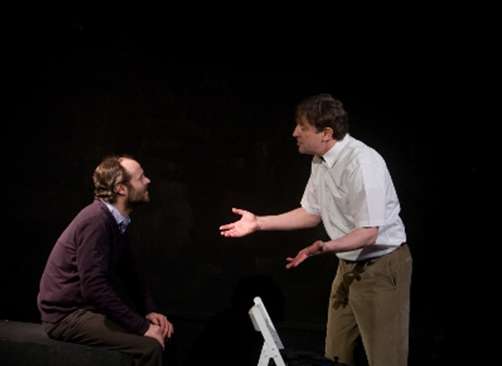 Two men meet on a roof to find out the meaning of life. Do they manage to make sense of it all or is life just random? This surreal play asks why we do what we do and why we care. 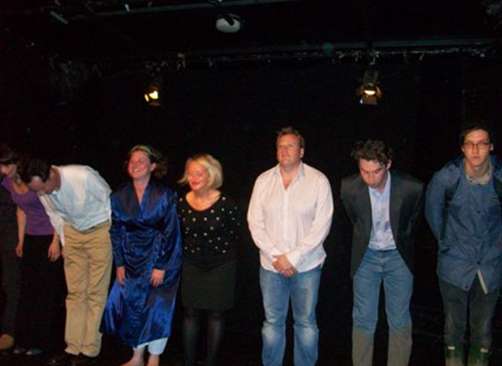 Alice and Simon visit their neighbour, Pete, with a petition objecting to his obscene behaviour. But he claims he is a harmless naturist. But Simon is the local surveillance officer and his cameras are pointing at Pete’s garden. Whose privacy is at risk? Do Simon’s cameras protect society or intrude on it? And why does Pete seem to be attracted to the rather dotty Alice?

When Amy’s mother dies, she discovers that she was bought up using the Quinn method of parenting. But is this why she now finds life so difficult and why she never got on with her mother? Should she be blaming Barbara Quinn rather than her mother for everything that has happened. This play explores what happens when Amy meets Barbara Quinn. Will Barbara help Amy see parenting in a different light? 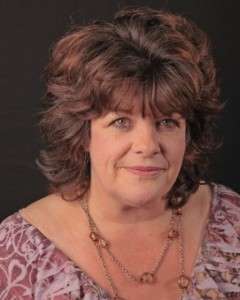 Susan is stuck between sorting out the problems of her teenage daughter and caring for her elderly, very forgetful mother. In this play about the sandwich generation, Susan deals with her stress by shouting out her confessions to the sound of her mother’s Glenn Miller records. Will Susan be able to look after her own needs or is she destined to be a martyr and slave to all? Perhaps Glenn Miller helps all three women as they try and dance their way through life. 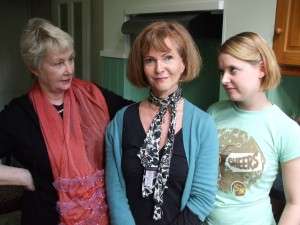 York University 2006
Produced by the Real People Theatre Company
Directed by Sue Lister
Performed by members of the company.

In this allegory of global warming, three women are getting very warm indeed in the room they are in charge of. There is litter everywhere and the plants need watering but Vera seems to be doing all the work while one of the other women just organises endless protests and the other collects statistics just to prove how hot they are. As if they didn’t know! Will they ever stop arguing and sort their mess out? 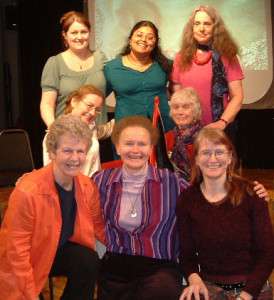 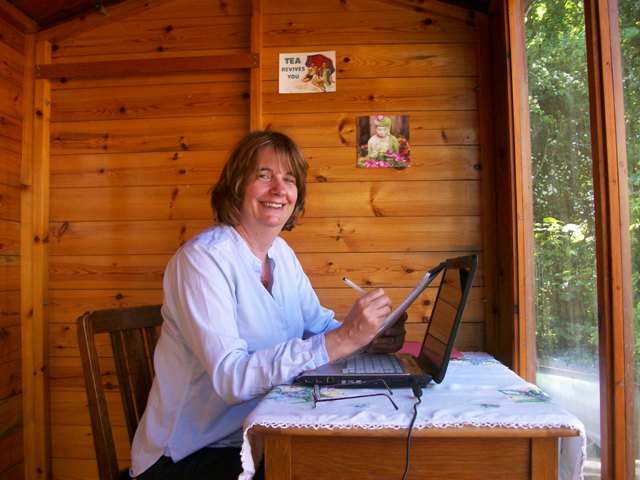